Learn more about the couple behind “Mountain Souls” 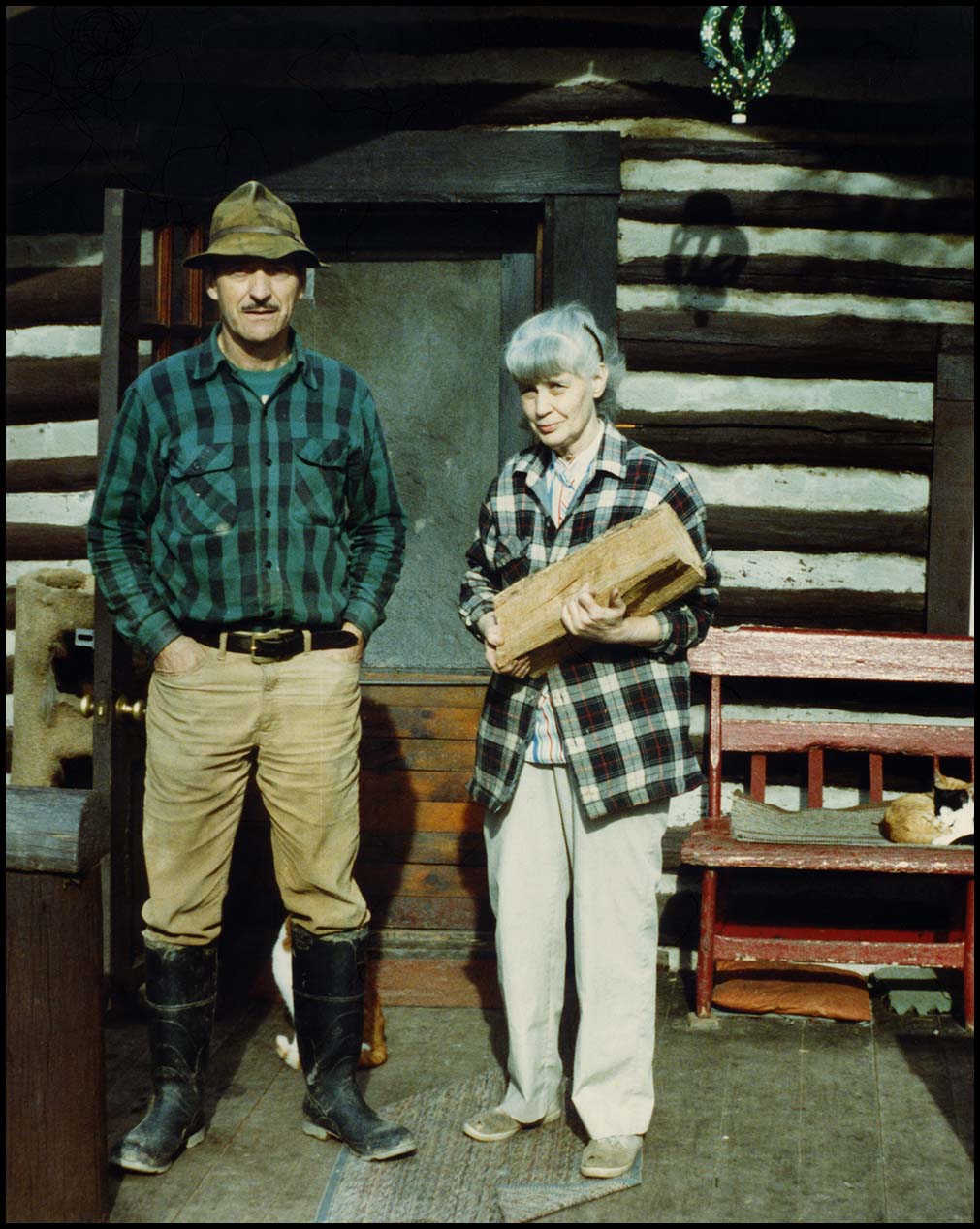 In the summer of 1961, Robert and Dotty Webber built a crude, one-room log cabin in Slate Run, PA. They cut trees that were near the building site, primarily oaks and some maples, dragging and lifting them by hand to construct the cabin. It is uncertain how long it took to complete the work, which was done by Robert, Dotty and her brother, Gayle Tomb.
The cabin was built in an area known as “Gas Line Ridge,” which was located about 2 ½ miles from Route 44 and the same distance to the village of Slate Run. Robert’s father purchased the 539-acre tract of land on the west side of Pine Creek and allowed Robert and Dotty to build their home there. Robert’s father, Burt, sold the land to the State of Pennsylvania in 1974, but retained ten acres with “life tenancy area”.  Burt also built a small cabin for himself and his family, located within the ten acres near Robert and Dotty. This structure was used for family hunting and vacationing.

The Webbers lived without electricity, running water or indoor plumbing for over 50 years. Despite their remote location, hundreds of visitors made their way to the cabin. These people came from all walks of life: pastors, physicians, attorneys, politicians, foresters, blue and white collar workers. The cabin was torn down after Roberts death and reconstructed at the Pennsylvania Lumber Museum near Galeton, Pennsylvania.

Robert Webber was born December 4, 1934 in Schaefferstown, Pennsylvania. He died in the Williamsport Hospital April 21, 2015 from pancreatic cancer at the age of 80.

Dotty Tomb, later Dotty Webber, was born November 5, 1922 in Slate Run, Pennsylvania. She died in the Williamsport Hospital on January 4, 2012 at the age of 89 of sepsis.